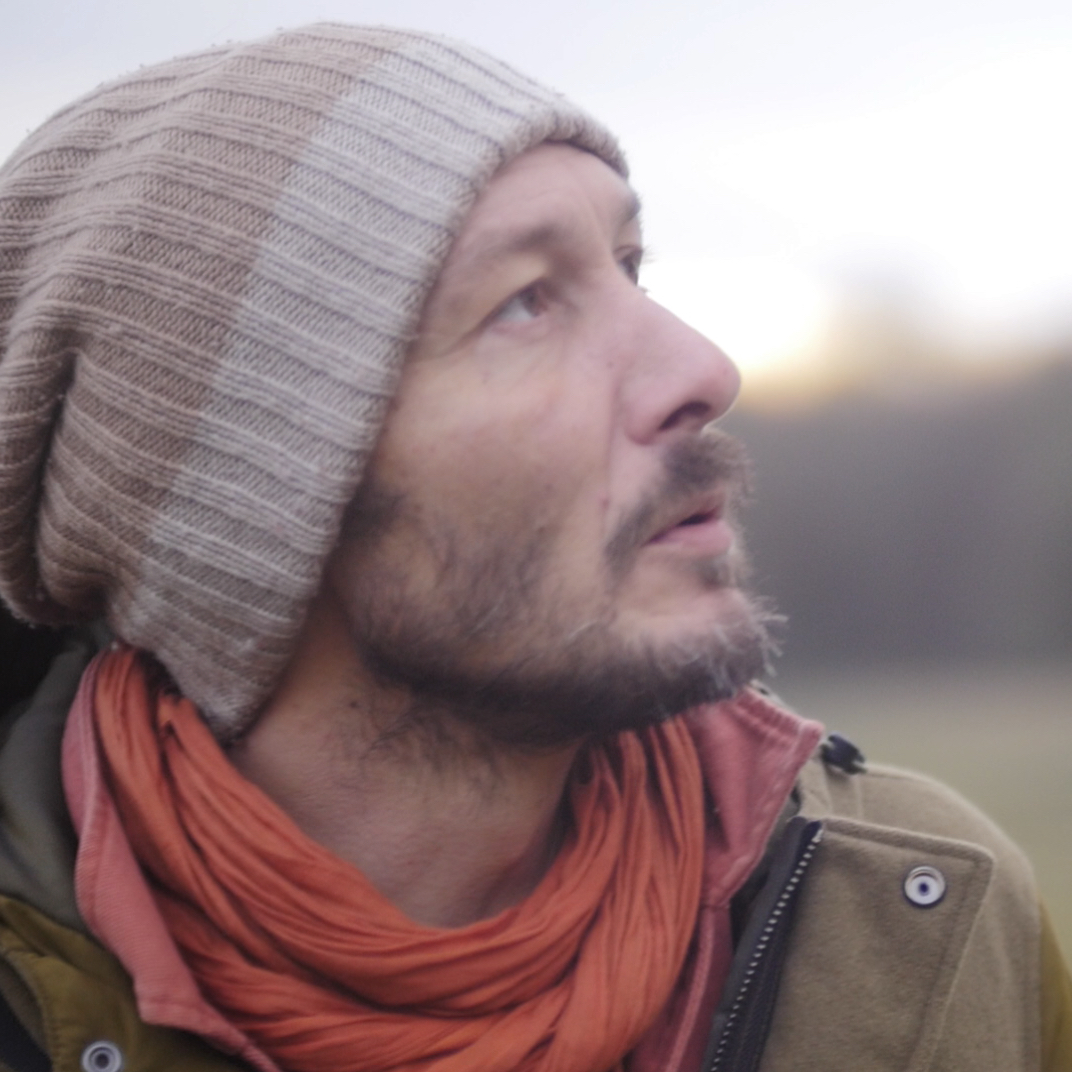 French dancer, choreographer, director and multidisciplinary artist, Michaël d’Auzon has been involved in live performance and visual arts since the mid-90s.

After his debut at the Ballet de Lorraine, he is artistic director of Compagnie l’Instant in Nancy , guest choreographer in various European theaters, and independent artist in residence.

His work, characterized by a very personal body language, comes on stage, in the form of video installation, photographs, sculptures, artist’s films and works of fiction.

In my career, through performing arts and visual arts, I have long practiced improvisation, which, beyond being a form of artistic expression, is for me a discipline of the mind and a principle of life. It is a practice that taught me the presence of oneself, as well as weighing the accuracy of every gesture, of every word uttered, whether in the writing of a work, of which it is the foundation , or in life. It has also become the central theme of my work as an author that I have been developing for many years now & that I call the seeking for inner necessity.

Writing the script of this film, lets me to express this theme’s stakes that I matured for a long time, in a cinematographic narrative form directed to all. To tell a trip, taking the viewer into a world of tales, a universe where I could talk about what the artist is looking for in his creative process, and at the same time make it the metaphorical image of a larger question, the profound meaning of every vocation.

The characters I imagined, their quest for the absolute, their need to move away from the world to give meaning to their actions, are also coming to my mind from our time. The story perhaps lies, at least I hope, in resonance with a world where emerges a need to find time again, to stop our race forward, and to face our true inner aspirations, rather than be sucked by the flow of outside pressures, which is also one of the film’s theme.

I wish to develop a body, visual and sound poetry in the film, which can transmit to the viewer the perception of a certain pace, the rhythm of listening to the attentive & caring world. It is a very strong and ambitious formal desire, which takes time. Design time, search time, intuitive back and forth between the different stages of filmmaking.

Along with my team, we have chosen to work according to an organic pace that allows cinema to be a real creative space, and if the independence that this rhythm requires in terms of production presents challenges to be met, it gives above all the possibility of being coherent with an artistic authenticity of which we hope that this film will be the testimony.